How Does Mouthwash Work?

You have probably heard that mouthwash is a valuable addition to any dental hygiene routine, but you may not understand why. Simply swishing a tingly liquid around in your mouth may not seem like a big deal, but new research published in 2013 shows that patients who use an effective mouth rinse along with their tooth-brushing routine are able to reduce their gingivitis and plaque significantly. Here is a simple explanation of how mouthwash works.

Although toothbrushes are extremely helpful for removing plaque and bacteria from the visible surfaces of the teeth, they are not able to get into the cracks and crannies where bacteria love to grow and flourish. Mouthwash, on the other hand, is able to reach almost 100 percent of the various surfaces in the mouth, which makes it invaluable (along with floss) for cleaning hard-to-reach areas.

Some types of mouthwash are formulated to have anti-plaque and antiseptic properties. This means that individuals who rinse with antiseptic mouthwashes may be able to kill a significant portion of the bacterial plaque found within the mouth. When used in conjunction with regular brushing and flossing, mouthwash can offer the following benefits:

How Mouthwash is Used

Mouthwash is most effective when it is forcefully swished around the mouth. This action helps the mouthwash to reach the gaps between the teeth and remove food particles and bacteria from those areas. Individuals who have bad breath are also encouraged to gargle with mouthwash because the bacteria that cause bad breath often reside in the back of the tongue and throat.

It is important not to swallow mouthwash, though, since it may contain alcohol and other ingredients that are not safe for ingestion. In order to discourage swallowing, it is recommended that you only put a pre-measured amount of mouthwash in your mouth at a given time.

Improve Your Dental Health with Mouthwash

If you want to add to your current dental regimen and improve your dental health even more, purchase high-quality mouthwash and use it on a regular basis. 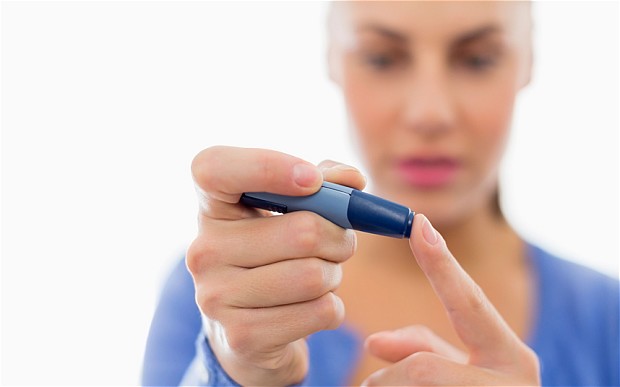 You know that things like diet and exercise can impact your health, but did you know that what happens in your mouth can also have a significant effect on your whole body, including your risk of developing or exacerbating conditions like diabetes?

Diabetes is quickly becoming one of the largest health crises in America. According to the American Diabetes Association (ADA), 29.1 million Americans had diabetes in 2012, nearly 10 percent of the population. Additionally, the ADA estimates that there are 86 million Americans with pre-diabetes. The annual cost of this disease is also staggering—$245 billion per year in 2012, a 41 percent increase over just a five-year span. About $176 million of that is attributed to direct medical costs, with another $69 million in reduced productivity.

Diabetes is a chronic condition, requiring patients to maintain discipline and strict self-management to prevent complications. Care providers often prescribe diet and exercise changes that can help a patient manage diabetes, and now many are also adding proper oral health care to that list as well.

The Role of Inflammation

Inflammation is our body’s natural response to harmful pathogens or outside stimuli. When our body senses something harmful, it summons our vascular and immune system to the area, releasing toxins through the blood to remove the harmful pathogens, which allows the body to begin healing. This is known as acute inflammation.

When inflammation persists over a long period of time it is called chronic inflammation. The cells sent to fight inflammation are powerful defenders of the body, but they also release toxins (commonly referred to as cytokines) that can accumulate and become harmful to the body. Research has shown that high levels of these toxins reduce the body’s response to insulin and increase the risk of developing diabetes. Periodontal disease is a chronic inflammatory disease, and the most common form is gingivitis. In fact, as much as 50 percent of the U.S. population suffers from gum disease and, like any inflammatory condition, this causes an increase in cytokines, which is linked to insulin resistance and other risk factors for diabetes and coronary heart disease.

For patients who already have diabetes, periodontal diseases make it harder for the body to maintain metabolic control, which increases the risk of complications, according to research studies.

Poor oral health makes it more difficult to control glucose levels, which can lead to major complications for people with diabetes. Diseases like gingivitis can cause dry mouth and decreased salivary flow, creating favorable conditions for bacteria. The existence of bacteria results in periodontal disease, and the cycle of inflammation and the body’s response ensues, along with all its harmful effects.

But there are ways to mitigate the risk of chronic inflammation. One of the best ways is to visit your dentist regularly.

“If you visit the same dentist regularly at the recommended six-month intervals, he or she can identify subtle changes that may indicate a potential problem,” said Dr. Kenneth King, Associate Dean for Clinical Affairs and Patient Care at Roseman University College of Dental Medicine in South Jordan, Utah.

“Things like gingivitis, recession of the gums, tender tissues, bone loss, calculus build-up, and increased number of cavities can all be indicators of a larger systemic problem,” said King. But since the changes are subtle, a dentist may have a difficult time diagnosing it for someone who comes infrequently for check-ups, or someone who gets a new dentist every couple of years. “Seeing the same dentist at regular intervals over a number of years is ideal, so he or she knows your history and can identify the more subtle indicators.”

If you already have diabetes, seeing a dentist regularly is equally important. A study by Drs. David Mosen, Daniel Pihlstrom and John Snyder published in the January 2012 issue of the Journal of the American Dental Association showed that receipt of regular dental care reduces diabetes-specific medical care utilization. Specifically, study participants (all of whom had diabetes) who saw a dentist at least twice a year over a three-year period had better glycemic control, or the ability to keep blood sugar at a safe level. Regular-dental-care patients were also less likely to have diabetes-related hospital and emergency department admissions.

As with any condition, it is important to meet regularly with your healthcare provider to ensure that you are doing what you can to manage the disease. In the case of diabetes, be sure to schedule regular dental visits as well. Your mouth, and your body, will thank you.